Ambuj Kumar’s story is as unlikely as it is marvelous! Ambuj hails from a small village in Bihar, India. The son of a public school teacher, Ambuj made it to IIT Kanpur for his B.Tech. and Stanford University for a Masters in Computer Science! After a stint at Cryptography Research, Ambuj and his IIT Kanpur classmate, Anand Kashyap cofounded Fortanix.

Fortanix has created a runtime encryption platform to enable an application and its data to execute completely encrypted in memory without the risk of data being stolen directly from memory. Ambuj likes to say that Fortanix can enable the execution of a sensitive workload in a public cloud anywhere in the world without the fear of a breach.

Ambuj and Fortanix are close to my heart. I was so taken in my coffee meeting with him I personally pledged $250K on the spot, their first commitment. And later after I launched Neotribe and it came time to make our first investment from the fund, it meant a lot to me that Fortanix was our first core investment out of Neotribe Fund I.

Since those early days, the Fortanix team has come a long way growing from just two to now over 225 employees. Their Data Security Manager platform has garnered quick traction with several Fortune 500 companies including banks, FSIs, technology companies, cloud service providers and US federal government agencies. They’ve experienced over 500% growth in aggregate over a 3-year period and have consistently achieved an NRR of over 140%. On top of that, they received a very impressive NPS score of 71 in 2022 demonstrating growth, retention and expansion. The revenue growth of the company has been relatively unscathed if not untouched by the recent pandemic or macro-economic environment.

Today they announced their Series C funding milestone, led by Goldman Sachs Growth Equity, and the horizon is just as bright. Their Data Security Manager platform is just one part of their larger vision to enable any application to run in the cloud, completely secure and encrypted — what we call Confidential Computing. Fortanix is a key member of the Confidential Computing Consortium, alongside companies like Google, Intel and Microsoft. This new round will allow the company to further accelerate their growth and go-to-market functions, increase headcount further and expand geographically.

We’re immensely proud to have Ambuj, Anand and the Fortanix team as a cornerstone of the Neotribe family, as our first investment in Fund I and now as a part of our new Ignite Fund with their Series C. Fortanix’s potential is limitless and we’re honored to have been invited to partner with them at each step of their journey. 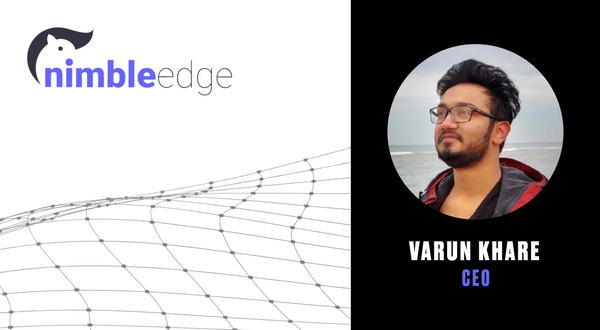